The city of Beverly was originally a part of the Salem and Naumkeag Territory. Roger Conant was the first to settle in this area in 1626. The city was named after Beverley in Yorkshire, England. It is one of the oldest communities of Massachusetts and is the birthplace of the United States Navy. The first cotton mill of the country was established in Beverly in 1787 and the first Sunday school was built in 1810. The city of Beverly was incorporated in 1894

Beverly and nearby Attractions

Things To Do In Beverly

In Beverly, you can enjoy a number of recreational activities. The city includes several parks, playgrounds, restaurants, theaters and bars. At the Lynch Park and beaches you can enjoy swimming, sun bathing and kayaking. The city also includes many picnic spots. The Cabot Street Cinema Theatre features the world's longest running magician's show.

Endicott College is the local college. 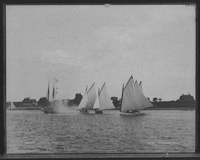 Are you an official in the Beverly government or quasi-government agency such as the chamber of commerce, visitors bureau or economic development council? If so, visit our information page for government officials to see how CityTownInfo can support you.