People from Watertown and Roxbury were the first settlers in the area that is now known as Dedham. It was incorporated in 1636. The inhabitants of the town wanted to name it Contentment at that time, but they were overruled by the Massachusetts General Court, which chose the name Dedham after a similarly named area in Essex, England.

Dedham and nearby Attractions

Things To Do In Dedham

The Fairbanks house attracts many visitors, because it is one of the oldest timber frame houses in the U.S. There are several organization in this town which offer an entertaining blend of activities. Dedham also has some interesting art galleries like the Museum of Bad Art.

The Boston College serves the town. 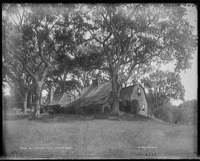 Are you an official in the Dedham government or quasi-government agency such as the chamber of commerce, visitors bureau or economic development council? If so, visit our information page for government officials to see how CityTownInfo can support you.