Gloucester was founded by the Dorchester Company and was chartered in 1623 by James I. The first settlers landed at Half Moon Beach and settled nearby. However, the settlement was abandoned in 1626 and its residents moved to Naumkeag, present day Salem, Massachusetts. Later on, the area was resettled. It was initially incorporated in 1642. Gloucester was named after the great Cathedral City in Southwest England. Originally, Gloucester included the town of Rockport. However, the village was separated on February 27, 1840. The city of Gloucester was incorporated in 1873.

Gloucester and nearby Attractions

Things To Do In Gloucester

Gloucester is known as the Fishermen's Memorial Cenotaph. There are a number of museums and historical sites in the city. You will also find several famous beaches as well as parks in Gloucester, which are ideal for hiking, swimming and other water sports. The city also includes a professional theater company that stages at least five plays every season. 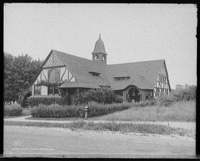 Are you an official in the Gloucester government or quasi-government agency such as the chamber of commerce, visitors bureau or economic development council? If so, visit our information page for government officials to see how CityTownInfo can support you.