Longmeadow was first settled in the year 1644. The town was originally a farmland within the limits of Springfield. It remained relatively rural until the street railway was built about 1910. The population of the town rapidly increased between 1960 and 1975. The town was officially incorporated on October 17, 1783.

Longmeadow and nearby Attractions

Things To Do In Longmeadow

There are numerous activities for one to do in Longmeadow. Forest Park is a place to spend the day with family or friends. The park includes a rose garden, a small zoo, picnic sites, a pool and a water play area. The nightlife of the city is lively with numerous night bars, restaurants and theaters dotting the city.

The city is served by Bay Path College. 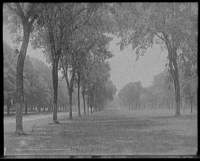 Are you an official in the Longmeadow government or quasi-government agency such as the chamber of commerce, visitors bureau or economic development council? If so, visit our information page for government officials to see how CityTownInfo can support you.