The Massachusetts city of Lowell lies on the banks of the Merrimack River, about 30 miles northwest of Boston. Together with Cambridge, the city shares the role of county seat of Middlesex County. Nearby towns include Tewksbury, Billerica, Chelmsford, and Tyngsboro. Lowell's location near Interstate Highways I-495, I-93, and U.S. Route 3 provides easy access to these and other points in Massachusetts as well as to the neighboring states of New Hampshire and Maine. The city is home to the Lowell campus of the University of Massachusetts.

Based on the vision of a planned industrial community built around power provided by the Merrimack River, Lowell was founded in the early 1820s, and incorporated as a town in 1826 before becoming a city ten years later. Named after prominent industrialist Francis Cabot Lowell, who played a large role in the development of Lowell's power canal system and its massive complex of mills, the city soon became one of America's largest industrial centers as well as one of the largest cities in New England. The 19th century industrial boom in Lowell gave way to significant economic change through much of the 20th century. By the 1980's, Lowell was in the forefront of a different kind of boom, this one relating to technology, as new companies began producing minicomputers, computer workstations, and plastics. The city gained prominence as home and international headquarters of Wang Laboratories, for a time one of the giants of the minicomputer industry. By the 1990s, however, the advent of microprocessors and personal computers changed the market considerably, and throughout the decade Lowell saw a steady decline in its economic power. Lowell today is on the upswing again, fueled by a resurgence of the area's technology industry and the growth of new service industries which have revitalized the city's economy and an increasingly more diverse ethnic fabric which has enhanced the city's cultural depth.

Arts, Culture, and Attractions in Lowell

Lowell has several must-see attractions. The National Historical Park provides a fascinating look at life as it evolved in a city on the forefront of the American Industrial Revolution. The park includes historic cotton textile mills, operating gatehouses, and miles of canals. The Brush Art Gallery and Studios feature working artists and crafts people who explain their techniques to visitors. The New England Quilt Museum presents a plethora of beautifully crafted quilts to celebrate the art of historic and modern American quilting. The Boott Cotton Mills Museum replicates the look and feel of early 20th-century industrial mills. The National Streetcar Museum presents the history of Lowell trolleys and offers insight into their role in American transit. The Whistler House, birthplace and former home of famed painter James Abbott McNeill Whistler, is now an historic site and a prime center of art in the city.

For music fans, the Lowell Folk Festival is the largest of its kind in the U.S. The festival, a three-day event held every July, is the city's premier cultural event, attracting thousands to a celebration of traditional music and folk entertainment on six outdoor stages. Also in summer are the evening concerts of Boarding House Park's Summer Music Festival, with a diverse mix of entertainment including contemporary folk, bluegrass, Irish, pop, and big band music. Fans of the performing arts can enjoy The Merrimack Repertory Theatre, an award-winning theatre company which stages a wide variety of dramatic productions.

Only thirty minutes away is the Boston metropolitan area, rich in first-class attractions including the Boston Pops, Faneuil Hall, the JFK Library and Museum, the Museum of Fine Arts, the Freedom Trail, the New England Aquarium, the Paul Revere House, and many many more. Also in Boston are a number of major league professional sports teams. Some of these include baseball's Boston Red Sox, inhabitants of historic Fenway Park; basketball's Boston Celtics; hockey's Boston Bruins; and lacrosse's Boston Cannons. An additional thirty minutes away is the town of Foxboro, home to football's New England Patriots and soccer's New England Revolution.

The city of Lowell boasts a vibrant sports presence of its own. The Lowell Spinners, a Single-A Minor League Baseball affiliate of the Boston Red Sox, play in the New York-Penn League. The Lowell Devils are an American Hockey League (AHL) ice hockey team affiliated with the NHL's New Jersey Devils. The University of Massachusetts Lowell offers 22 men's and women's collegiate sports, including the NCAA Division I River Hawks hockey team. 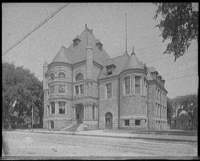 Are you an official in the Lowell government or quasi-government agency such as the chamber of commerce, visitors bureau or economic development council? If so, visit our information page for government officials to see how CityTownInfo can support you.