Malden, Massachusetts, in Middlesex county, is 4 miles N of Boston, Massachusetts. The city features a hilly, wooded landscape and it's bordered in the north by the cliffs of Middlesex Fells and situated north of the Mystic River. It features a large number of attractive Victorian era homes. Numerous products are manufactured in the city including mattresses, furniture, computer printers, chemicals, paper boxes and inks. Malden includes a large number of distinct neighborhoods.

The city was established in 1640 by Puritans. The region was initially named "Mistic Side" and was part of Charleston. The city was named in tribute to Malden, England by an early landowner, Joseph Hills. It was one of the first towns that petitioned the Colonial government to secede from the British Empire. During the time of the American Revolution, the population was approximately one thousand. Farming and fishing along the Mystic River were significant factors for the community. It was incorporated as a city in 1882.

The numerous parks provide opportunities for outdoor activities. Middlesex Fell Reservation is popular with outdoor enthusiasts. Residents enjoy the nearby beaches and the variety of activities and professional sports teams in nearby Boston.

Air travel services are available from the nearby Logan International Airport in Boston. 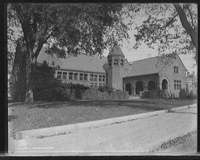 Are you an official in the Malden government or quasi-government agency such as the chamber of commerce, visitors bureau or economic development council? If so, visit our information page for government officials to see how CityTownInfo can support you.