The Massachusetts city of Newton is located in Middlesex County on the south bank of the Charles River, about 8 miles northwest of the state capital of Boston. The city is comprised of 13 "villages," each with its own distinct character and many containing their own small downtown areas. One of these (Chestnut Hill) is home to Boston College (BC). In addition to Boston, Newton is also bordered by Wellesley (to the west), Needham (to the southwest), Waltham (to the north), and Brookline (to the east).

Known as the Garden City, Newton was settled in 1630 as part of Cambridge (whose original name was "Newtowne"). In 1688, Newton separated from Cambridge and became known as Cambridge Village and later Newtown before finally becoming Newton in 1766. The establishment of Boston and Worcester Railroad depots in 1834 fostered Newton's growth as a suburb of Boston. Incorporated as a city in 1873, Newton today is known as a regional education center. In addition to Boston College, the city is also home to Andover Newton Theological School, Mount Ida College, and Pine Manor College. Major industries in the city include publishing, computer technology, and manufacturing of precision instruments and chemicals. The city is also the birthplace of the Fig Newton.

Arts, Culture, and Entertainment in Newton

Attractive to visitors and residents alike, Newton is a vibrant college community enjoying a close proximity to the Boston metropolitan area. The city is also rich in arts and culture, featuring two symphony orchestras, a large state-of-the-art public library, resident theatre groups and many artistic treasures. The Newton History Museum at the Jackson Homestead, built in 1809 as a farmhouse, served for a period of time as a stop on the Underground Railroad and is now a museum filled with paintings, manuscripts, photographs, maps and numerous historical artifacts. The New Repertory Theatre and Newton Country Players are local theater groups, and Broadway musicals are regularly performed at the Turtle Lane Playhouse. From July through October the city hosts a popular outdoor Farmer's Market.

Almost a stone's throw away from Newton is the thriving Boston-Cambridge area, home to a multitude of popular attractions. Among them are the following:

The Boston College Eagles provide the city with plenty of first-rate collegiate sports action, competing in NCAA's Division I-A. Although a founding member of the Big East Conference, the Eagles left the Big East in 2005 to join the Atlantic Coast Conference (ACC) of which they are now a member for all sports supported by the ACC. BC athletes are among the most academically successful in the nation according to the NCAA's Academic Progress Rate (APR), which in 2006 ranked 14 of its sports in the top 10 percent of the nation academically. The BC football team was involved in one of the most memorable games in college football history, 1984's Orange Bowl game, when quarterback Doug Flutie's 48-yard Hail Mary pass completion to Gerard Phelan secured a last-minute 47-45 victory over Miami.

The city of Boston is home to the following professional sports teams, all of them of major league caliber: 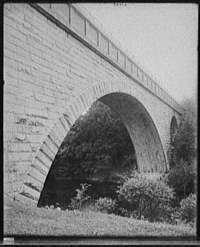 Are you an official in the Newton government or quasi-government agency such as the chamber of commerce, visitors bureau or economic development council? If so, visit our information page for government officials to see how CityTownInfo can support you.