Salem, Massachusetts, in Essex county, is 4 miles NE of Lynn, Massachusetts (center to center) and 13 miles NE of Boston, Massachusetts. It's a residential area and a popular tourist destination. The city is well known for the Salem Witch Trials of 1692. Salem has numerous impressive mansions and homes from the colonial era. It has an excellent collection of Federal, Victorian, Post-Medieval, Greek Revival and Georgian architecture.

The town was established in 1626 along the mouth of the Naumkeag River by a group of fisherman. The majority of people accused during the well known Salem Witch Trials lived in the close by Salem Village. The witchcraft accusations began with Abigail Williams, Betty Parris and some of their friends. By 1790 Salem was one of the largest cities in the nation. It had a renowned seaport and was very active in the China trade.

Due to the prosperity of the city, a large number of mansions were constructed during the colonial era. Nathaniel Hawthorne worked in the customs house located close to Pickering Wharf; which was the setting for his famous book The Scarlet Letter. The Great Salem Fire of 1914 destroyed over 400 homes.

The Forest River Park is popular with families and includes beach areas. Cruises are available for touring the historic lighthouses and islands. The Salem Willows Amusement Park offer children's rides and games and provides scenic views of the harbor. Salem Woods, also known as Highland Park is popular with bird watchers and with nature enthusiasts. The city attracts a large crowd during Halloween and provides a vast number of Halloween related events during October.

The city is home to Salem State College which offers undergraduate, graduate, and continuing education programs. The university also licenses programs where you can learn how to become an elementary school teacher.

Air Travel is provided at the Logan International Airport, located in Boston. A commuter rail and the Salem High Speed Ferry provide transportation to Boston. 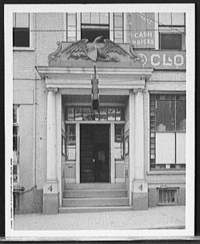 Are you an official in the Salem government or quasi-government agency such as the chamber of commerce, visitors bureau or economic development council? If so, visit our information page for government officials to see how CityTownInfo can support you.