Somerville Massachusetts is an industrial city located northwest of Boston and adjacent to the city of Cambridge. A population of well over 70,000 living within an area comprising slightly over 4 square miles makes Somerville the most densely populated city in New England. Once part of neighboring Charlestown, Somerville became incorporated as a separate town in 1842 and in 1872 the town was incorporated as a city. The ensuing years saw the city's population grow in leaps and bounds, aided by the establishment of street car lines and a burgeoning prominence of heavy industry which took root in the city. Like its neighbor Cambridge, Somerville is defined by its city squares, which mark the neighborhood boundaries and also house unique centers of business and entertainment. Among these are Davis Square, Ball Square, Union Square, Teele Square, and Magoun Square.

Attractions in the Somerville Area

Home to a thriving arts community, Somerville hosts a series of arts-related events throughout the year. ArtBeat takes place in the midst of the summer heat (third weekend in July), when artists and patrons converge on Davis Square to celebrate one of the area's largest arts festivals. Featured are music, crafts, dance, food, and much more. The Somerville Arts Council hosts events which showcase community involvement in homegrown arts. One example is the Illuminations Tour, an annual trolley tour of holiday light displays. One of Somerville's most notable cultural sites is the Somerville Museum, which chronicles Somerville's roots with historical exhibits and artistic displays.

Neighboring Cambridge, home to both Harvard University and the Massachusetts Institute of Technology (MIT), is rich in cultural attractions of its own. Among them are the Longfellow House (former home of the famed poet Henry Wadsworth Longfellow), the Museum of Science, Harvard's Peabody Museum of Archaeology and Ethnology, and the Busch-Reisinger Museum. The greater Boston metropolitan area boasts many world-class attractions, including the following:

Boston is also a world-class center for professional sports. Major league teams resident in the city include the Boston Celtics, holders of numerous NBA basketball championships; baseball's Boston Red Sox (MLB), and the National Hockey League's Boston Bruins. Also in the city are the Boston Cannons of Major League Lacrosse (MLL) and the Boston Lobsters of World Team Tennis (WTT). The town of Foxboro (30 miles to the southwest) is the home of the NFL's New England Patriots and Major League Soccer's New England Revolution. 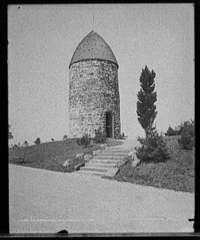 Are you an official in the Somerville government or quasi-government agency such as the chamber of commerce, visitors bureau or economic development council? If so, visit our information page for government officials to see how CityTownInfo can support you.