Wellesley is located in eastern Massachusetts in Norfolk County. It's recognized as part of the Greater Boston area. Wellesley is home to the prestigious Wellesley College.

During the 1630's a small group of settlers purchased land from two Indian Chiefs named Nehoiden and Maugus. The settlement became known as Dedham. Approximately 75 years later a portion of Dedham was established as a town named Needham. The western portion took the name West Needham and was a farming community during the majority of the 18th and 19th centuries. The railroad was brought to the area in the 1830's and its arrival dramatically changed the town.

Businessmen from Boston frequented the town and brought their modern type of life to the area. In 1881 the residents of West Needham were successful in convincing the Massachusetts legislature to change the name of their town to Wellesley. In 1914 Wellesley became the first town in the country to create zoning laws. In the 1920's Wellesley was considered to be one of the primary suburbs of the city of Boston and became a major shopping area. The town prospered during the 20th century.

The MBTA provides rail service for Wellesley, including transportation to Boston. Wellesley is served by the Logan International Airport.

The Wellesley College Botanic Gardens is comprised of the Margaret C. Ferguson Greenhouses, The Alexandra Botanic Gardens and the Walter Hunnewell Arboretum. The arboretum features more than 500 species of plants, a topiary garden and a collection of greenhouses which feature over 1000 plant species.

The Elm Bank Reservation was formerly the estate of Benjamin Pierce Cheney who founded American Express. The Massachusetts Historical Society is located at the reservation. Other noteworthy attractions in the area include: 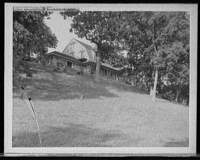 Are you an official in the Wellesley government or quasi-government agency such as the chamber of commerce, visitors bureau or economic development council? If so, visit our information page for government officials to see how CityTownInfo can support you.