Ecorse, Michigan is 5 miles S of Dearborn, Michigan and 7 miles SW of Detroit, Michigan. It is in Wayne county. The city is part of the Detroit metro area.

The history of Ecorse dates back to the 18th century. The early French settlers named the city "River Aux Echorches," which meant "The River of the Barks." The city was so named because Indians used to gather by a small stream here to strip bark for building canoes. White settlements grew in the area between 1784 and 1797. Initially, the River Aux Echorches was incorporated as the Ecorse village. Ecorse was officially incorporated as a city on September 19, 1941.

Ecorse and nearby Attractions

Things To Do In Ecorse

The city of Ecorse is near some popular historic destinations like the Fox Theater Building and the Historic Fort Wayne. The Detroit Institute of Arts, the Museum of African American History, the Detroit Historical Museum and the Dearborn Historical Museum are other places of interest nearby. The Children's Museum and the Ecorse Park are ideal places to take children to. The city itself has a few beautiful marinas, like the Rivers Edge Marina

Residents of Ecorse can enroll at Wayne State University, the Marygrove College, the Wayne County Community College District, and the University of Detroit Mercy for higher education. 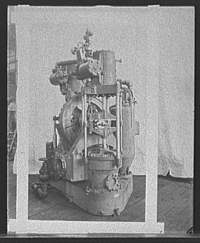 Are you an official in the Ecorse government or quasi-government agency such as the chamber of commerce, visitors bureau or economic development council? If so, visit our information page for government officials to see how CityTownInfo can support you.