Numerous French hunters and fur trappers settled in the area in 1796. They gradually established farms along the waterfront and rivers but the community was not officially established until 1845. Alfred Ashley, a Mount Clemens businessman, platted 60 acres which came to be known as the village of "Ashley." On September 20, 1851, a post office was established with the name "Ashleyville" and in 1867, the community was renamed "New Baltimore." Due to its easy access to the waterfront, the community of New Baltimore had flourishing manufacturing industries. During the late 19th century, tourism emerged as the most significant contributor to the economy.

New Baltimore and Nearby Attractions

Things To Do In New Baltimore 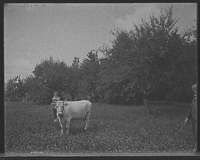 Are you an official in the New Baltimore government or quasi-government agency such as the chamber of commerce, visitors bureau or economic development council? If so, visit our information page for government officials to see how CityTownInfo can support you.