Pontiac, Michigan, in Oakland county, is 24 miles NW of Detroit, Michigan. The city is part of the Detroit metropolitan statistical area.

The earliest European settlers arrived in the area in the year 1818. Two years after their arrival, there were enough people in the area to form a village. The village was formally recognized by the state legislature in 1837. Later, in the year 1861, Pontiac was incorporated as a city.

Pontiac and nearby Attractions

Things To Do In Pontiac

The Recreation Center in the greater Pontiac area provides a wide variety of recreational opportunities for people of all ages. They organize gymnastics and sports clubs for youth and various clubs and activities for adults. 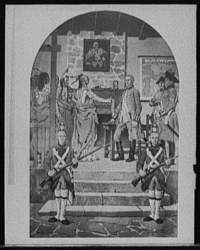 Are you an official in the Pontiac government or quasi-government agency such as the chamber of commerce, visitors bureau or economic development council? If so, visit our information page for government officials to see how CityTownInfo can support you.