South Haven, Michigan, in Van Buren county, is 35 miles W of Kalamazoo, Michigan (center to center) and 79 miles NE of Chicago, Illinois. It is part of the surrounding Kalamazoo - Battle Creek metro area.

In 1833, J. R. Monroe was granted a land patent along Lake Michigan’s shore by the U.S. government. The first permanent settlers arrived in the 1850s and the city of South Haven was founded in 1869. A sawmill was constructed around the same time, which led to the establishment of other buildings. In the early 1900s, the city of South Haven became a resort town and was often referred to as "The Catskills of the Midwest." The area is the Kal-Haven Trail’s western terminus, and is well-known among snowmobilers and bicyclists.

South Haven and Nearby Attractions

Things To Do In South Haven

Liberty Hyde Bailey Museum in South Haven is a national historic site that houses artifacts and documents about the life and times of Dr. Liberty Hyde Bailey, a famous horticulturist and botanist. Joyce Petter Gallery, which is not far from the city, has a large collection of art and paintings on display. Golfers may enjoy a game at the Glenn Shores Golf Course. Festivals celebrated by the community include, Icebreaker Festival during February, Harborfest in June, and the National Blueberry Festival in August. Museums nearby include Michigan Maritime Museum, Holland Museum, and Cappon House Museum. 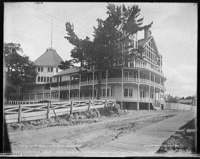 Are you an official in the South Haven government or quasi-government agency such as the chamber of commerce, visitors bureau or economic development council? If so, visit our information page for government officials to see how CityTownInfo can support you.