The Minnesota city of Duluth, county seat of St. Louis County, is a seaport on the westernmost point of Lake Superior's north shore. Only four miles from the Wisconsin border, Duluth shares a harbor with its neighboring port city of Superior, Wisconsin, together called the Twin Ports. Principal highways servicing the city are Interstate I-35, U.S. Routes 2 and 53, and Minnesota State Highways 61 and 210.

Named for the first known European explorer of the area (Daniel Greysolon, Sieur du Lhut), Duluth was incorporated as a town in 1857 and as a city in 1870. During much of the twentieth century, the city was an industrial port town, housing several mills, a cement plant, and a U.S. Steel plant. Foreign competition led to the closing of the steel plant in 1971, with many other industrial activities soon following suit. The decline of the city's industrial core caused a shift in the local economic focus to tourism, resulting in the revitalization of the city's downtown district and the conversion of old warehouses along the waterfront into cafes, shops, and restaurants. Duluth today is a regional hub and major transportation center for a large area encompassing northeastern Minnesota, northwestern Wisconsin, and a portion of western Michigan.

Duluth has many attractions to suit all tastes. The Edgewater Resort & Waterpark (also known as The Edge) is a Polynesian-themed indoor water park which features two four-story slides, a large interactive children's wet and wild play area, and a 2,000 square-foot arcade. Along the same lines, Carnival Thrillz, Duluth's only family entertainment center, provides hours of fun with rides, games and food. An entertainment center for the older crowd is the city's Fond-du-Luth Casino, which offers 750 video slot machines, blackjack tables, and poker games open 7 days a week. The Great Lakes Aquarium, America's only all freshwater aquarium, offers over 30 interactive exhibits and an opportunity to explore the history, culture, and majesty of Lake Superior while enjoying daily live shows and programs. The Glensheen Historic Estate is a 39-room Jacobean style mansion complete with custom designed original furnishings set within beautifully manicured grounds. The Lake Superior Maritime Visitor Center offers film shows, model ships and exhibits featuring the commercial shipping of Lake Superior and the Duluth-Superior Harbor. Just 10 minutes from downtown Duluth is the Lake Superior Zoo, featuring hundreds of animals from around the world.

Duluth also hosts a number of annual festivals, events, and celebrations. The Winterfest provides a season worth of winter activities for the entire family. Grandma's Marathon is a June weekend festival that is much more than a 26.2-mile race; one of Duluth's biggest events, it’s a celebration of running, live entertainment, fabulous food and activities for the whole family. July's Fourthfest provides great music and food on the waterfront along with an incredible fireworks display. August's Bayfront Blues Festival features four days of nationally known acts performing on Lake Superior's shore. In September, the NorthShore InLine Marathon, the largest inline marathon and ARC (American Roller Cup) Series event in the country, tests the endurance of thousands of inline skaters annually. And November's AMSOIL Duluth National Snocross, with hundreds of snowmobile racers and tens of thousands of spectators, is the largest on-the-snow event anywhere in the world.

Although Duluth once fielded a National Football League team in the 1920s and a Northern League independent professional baseball team as recently as 2002, the city currently has no professional sports team. Sports fans however can (and do) enjoy the University of Minnesota Duluth Bulldog hockey games which take place at the Duluth Entertainment Convention Center (DECC). Notable Bulldog alumni include former National Hockey League great Brett Hull. Baseball fans can root for the Duluth Xpress, an amateur baseball team made up of current and former college and ex-professional baseball players. 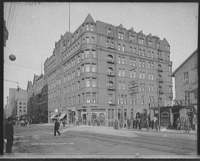 Are you an official in the Duluth government or quasi-government agency such as the chamber of commerce, visitors bureau or economic development council? If so, visit our information page for government officials to see how CityTownInfo can support you.