Biloxi, Mississippi, in Harrison county, is 77 miles NE of New Orleans, Louisiana. The city is conveniently located inside the Biloxi-Gulfport-Pascagoula metropolitan area.

Biloxi was originally inhabited by Native Americans. The area was ruled by the British from 1763 to 1779 and by the Spanish from 1779 to 1798. It became a part of the United States of America in 1811. Biloxi was incorporated in 1838. It derived its name from a Sioux term meaning "first people," The Biloxi Lighthouse was constructed in 1848. Biloxi experienced a catastrophic blow on August 17, 1969 by Hurricane Camille. Hurricane Katrina also devastated the city on August 29, 2005. Biloxi is one of the county seats of Harrison County, which was organized in 1841.

Biloxi and nearby Attractions

Things To Do In Biloxi 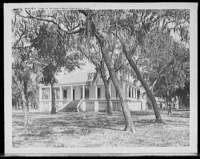 Are you an official in the Biloxi government or quasi-government agency such as the chamber of commerce, visitors bureau or economic development council? If so, visit our information page for government officials to see how CityTownInfo can support you.