Pass Christian, Mississippi, in Harrison county, is located 9 miles W of Gulfport, Mississippi (center to center) and is 55 miles NE of New Orleans, Louisiana. The city benefits from easy access to the nearby cities and towns with which it shares the Biloxi - Gulfport - Pascagoula metropolitan area.

Pass Christian was named after a nearby deep-water pass, which was again named for Nicholas Christian L'Adnier. Pass Christian was founded in 1849. The town was a hot spot for the beach as well as summer homes of the affluent New Orleans people.

Pass Christian and nearby Attractions

Things To Do In Pass Christian

The exhibits in Lynn Meadows Discovery Center offer a host of information about the local history, science, and arts. Buccaneer State Park comes with facilities for swimming, fishing and playing tennis. War Memorial Park also makes for an enjoyable visit as well. Beauvoir, Jefferson Davis Home, is the house that was bought by Davis in 1879. This historical site attracts hordes of tourists every year. The Seafood Festival hosted by Pass Christian residents is another popular tourist attraction.

Gulfport-Biloxi International Airport is nearby. 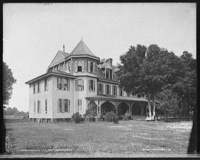 Are you an official in the Pass Christian government or quasi-government agency such as the chamber of commerce, visitors bureau or economic development council? If so, visit our information page for government officials to see how CityTownInfo can support you.