Oak Grove, Missouri, in Jackson county, is located 16 miles E of Independence, Missouri (center to center) and is 25 miles E of Kansas City, Missouri. The city is part of the Kansas City metropolitan statistical area (MSA).

Oak Grove and nearby Attractions

Things To Do In Oak Grove

One can visit the Jesse James Bank Museum, Truman Library and Museum, Missouri Town 1855, and Harry S. Truman National Historic Site while in Oak Grove. The city includes a number of parks and playgrounds such as the Webb Park, Skate Park, and Frick Park. The Caraway Lake provides facilities for fishing and is stocked with several types of game fish like catfish, crappie, and bass. At the Civic Center, one can also purchase tickets to Oceans of Fun, Six Flags - St. Louis, Worlds of Fun, and Silver Dollar City. 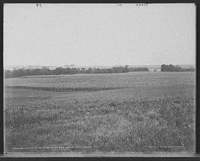 Are you an official in the Oak Grove government or quasi-government agency such as the chamber of commerce, visitors bureau or economic development council? If so, visit our information page for government officials to see how CityTownInfo can support you.