Nashua is located in Hillsborough County. It was twice named "Best Place to Live in America" by Money Magazine. It developed around the previously thriving textile industry. The downtown serves as the region's commercial and entertainment center. Citizens of Massachusetts are attracted to the shopping centers of Nashua such as the Pheasant Lane Mall due to New Hampshire not having a sales tax. Defense Contractor BAE Systems and Hewlett-Packard are two of the major high-tech companies in the city. The Nashua River flows through the municipality.

The region had earlier been a part of Massachusetts. The state of New Hampshire separated from Massachusetts in 1741 and Dunstable (now Nashua) was incorporated in 1746. Dunstable became a prominent textile mill center during the Industrial Revolution. The New Hampshire legislature renamed the town Nashua after the Nashua River. Before the Civil War began, six railroad lines traversed through the flourishing mill town. A large number of trains were often entering and leaving during a typical day.

The textile industry migrated south during the Great Depression. The last mill in Nashua shut down in 1949. Sanders Associate, involved in the defense industry and is now part of BAE Systems selected one of the closed down mills as their facility. The arrival of the company began the revitalization process for Nashua.

Mine Falls Park is a large acreage situated in the central portion of the city. It's popular with residents and visitors for recreational activities such as boating, biking, walking, fishing and cross-country skiing.

The Nashua River Rail Trail traverses along the Nashua River and is enjoyed by bicycle riders, walkers, cross-country skiing enthusiasts, and inline skaters. It's situated in a scenic environment and visitors often have opportunities to view the area's wildlife such as beavers and herons.

The downtown and the Millyard features arts and crafts, historic architecture, galleries and artistic demonstrations. Main Street is known for its nightlife due to the numerous Irish pubs, dance clubs, sidewalk cafes and sports bars. The popular shopping locations include the Pheasant Lane Mall, the Daniel Webster Highway and Amherst Street retail corridors as well as the downtown area. Residents and visitors enjoy the Nashua Symphony and the Northern Ballet Theater. The city is home to the nationally acclaimed Spartan Drum and Bugle Corps.

Nashua has an extensive park system which provides the residents with a vast amount of open space. Greely Park is very popular during the summer months. Roby Park provides residents and visitors the opportunity to ice skate and enjoy a sledding hill during the winter. Holman Stadium is home to the Nashua Pride Baseball team. 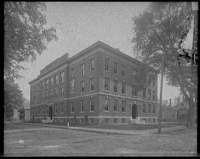 Are you an official in the Nashua government or quasi-government agency such as the chamber of commerce, visitors bureau or economic development council? If so, visit our information page for government officials to see how CityTownInfo can support you.