Martin Pring became the first European to explore the area that is now known as Portsmouth when he visited the region in 1603. Settled in 1630, the town was originally known as Strawberry Banke because of the abundance of wild strawberries along the Piscataqua River. After its official incorporation in 1653, the current name was adopted in honor of the colony’s founder, John Mason, who was the captain of the port of Portsmouth, England.

Portsmouth and nearby Attractions

Things To Do In Portsmouth

Portsmouth offers a wide variety of opportunities for recreation. The USS, a U.S. Navy submarine converted into a museum, is a popular local tourist spot. Music Hall hosts musical acts, theater, dance and cinema performances. Local celebrations include the Chowder Festival and the NH Film Festival. 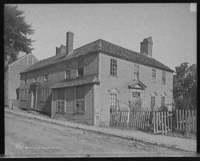 Are you an official in the Portsmouth government or quasi-government agency such as the chamber of commerce, visitors bureau or economic development council? If so, visit our information page for government officials to see how CityTownInfo can support you.