Beacon, New York, in Dutchess county, is 27 miles W of Danbury, Connecticut and 52 miles N of New York, New York. The city is included in the Dutchess County metropolitan area.

The modern day city of Beacon was originally settled in by Europeans in 1709. The area was made up of two towns, Matteawan Village and Fishkill Landing. Later, the two villages were combined to form Beacon. It was incorporated in 1913. The place was named after Beacon Mountain. Dia: Beacon, one of the largest contemporary art museums of the world, was opened in Beacon in the late 1990s.

Beacon and nearby Attractions

Things To Do In Beacon

Beacon offers a number of recreational activities both for its residents and visitors. The Memorial Park, Green Street Park, South Ave Park, Riverfront Park, Hudson Highlands State Park, Hammond Field and the Forrestal Park are some of the local parks. The Storm King Art Center, Museum of the Hudson Highlands and West Point Museum are also nearby.

In this guide
Study Online in Beacon
Historic Beacon 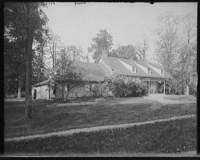 Are you an official in the Beacon government or quasi-government agency such as the chamber of commerce, visitors bureau or economic development council? If so, visit our information page for government officials to see how CityTownInfo can support you.