Nestled in the southern tier of upstate New York is the city of Binghamton, which serves as the county seat of Broome County. The city is located only a few miles from the Pennsylvania border. Nearest big cities are Elmira (56 miles to the west), Syracuse (73 miles to the north) and Scranton, Pennsylvania (60 miles to the south).

Incorporated as a village in 1834 before becoming a city in 1867, Binghamton was named after William Bingham, a wealthy Philadelphia banker and area landowner of the late 1700s who provided the impetus for the creation of a new village at the meeting of the Susquehanna and Chenango Rivers. One of the most significant developments in the city's history was the evolution of a firm that started in 1889 as the Bundy Manufacturing Company. Initially focused on the production of time clocks, the company went through several mergers and a variety of name changes before the 1914 hiring of Thomas Watson, Sr., under whose corporate leadership the firm changed its name for the final time to International Business Machines. IBM has since become a corporate giant in addition to Binghamton's leading employer. Another major development came about during the Depression era when Binghamton resident Edwin A. Link developed the pilot trainer, or flight simulator. Since that time, Link Aviation and its successor companies have been world leaders in training of pilots, and the associated technology has spawned a bonanza of products on today's markets. Binghamton is also home to Binghamton University, the top ranked university in the New York State University system and a major force in the community in terms of employment, education, athletics, and arts.

Points of Interest in and around Binghamton

Binghamton is often referred to as the "carousel capital of the world." In the 1930s, George F. Johnson, a local manufacturer who was also a great benefactor to the Binghamton area, donated six antique Herschell carousels to local parks. Available for riding at no charge from Memorial Day to Labor Day, all six are now on the New York State Historic Register and the National Register of Historic Places. Binghamton is also home to the Ross Park Zoo, the fifth oldest zoo in the nation. Nearby Vestal, located 10 miles southwest of Binghamton, is home to Kopernik Observatory, the largest public observatory in the northeast. Other Binghamton area attractions include:

The sports scene in Binghamton is dominated by two professional teams. The Binghamton Mets are a Minor League Baseball franchise playing in the Eastern League. They are the Class-AA affiliate of the New York Mets. Hockey's Binghamton Senators are a team in the American Hockey League (AHL) affiliated with the National Hockey League's Ottawa Senators. 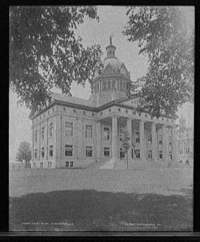 Are you an official in the Binghamton government or quasi-government agency such as the chamber of commerce, visitors bureau or economic development council? If so, visit our information page for government officials to see how CityTownInfo can support you.