Sometimes referred to as Irvington-on-Hudson, this area was once inhabited by the Wickquasgeck Indians. The land belonged to Frederick Philipse, but in 1785 he sold it to local farmers. The land changed hands many more times - from William Dutcher to Justus Dearman to Gustavo F. Sacchi to John Jay. Jay laid out a village and named it 'Dearman'. It was rechristened Irvington in honor of the poet, Washington Irvington and was incorporated under that name on April 16, 1872.

Irvington and Nearby Attractions

Things To Do In Irvington 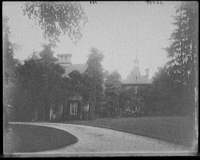 Are you an official in the Irvington government or quasi-government agency such as the chamber of commerce, visitors bureau or economic development council? If so, visit our information page for government officials to see how CityTownInfo can support you.