New Rochelle, New York, in Westchester county, is 15 miles NE of New York, New York. New Rochelle is situated on the beautiful Long Island Sound in the southeast part of the state. It's a bedroom community for New York City. It's a popular destination during the summer. The downtown area has gone through extensive revitalization and includes numerous offices, shopping areas, luxury residences, condominiums and apartments.

Outside of the downtown area the city is filled with extensive residential neighborhoods. New Rochelle features some of the most expensive real estate in the nation. The local schools have been given the Blue Ribbon Award from the United States Department of Education on numerous occasions. Manhattan's Grand Central Station is approximately a 35 minute train ride from New Rochelle.

The Siwanoy Indians were the original inhabitants. The town was established by Huguenots in 1688. They came to America to escape the powerful Catholic pogroms in France. The name New Rochelle was taken due to the large number of the residents who formerly lived in La Rochelle France. During the 18th century the town was primarily an agricultural community. The population significantly grew during the late 1800's and it became a popular summer resort after the arrival of the New York & New Haven Railroad. A large number of residents commuted to New York city for work.

New Rochelle has a notable group of parklands and nature preserves. Glen Island includes an impressive castle structure and an excellent beach. It's accessible from the mainland by a drawbridge. Five Islands Park is a collection of islands which are connected by footbridges and walkways and are used for hiking, camping and outdoor activities. Hudson Park is situated on the harbor and features a beach area and a station of the United States Coast Guard as well as yacht and rowing clubs.

The city includes a commuter railroad station. Service is provided by Metro North and Amtrak.

The city is home to the College of New Rochelle, Iona College and Monroe College. 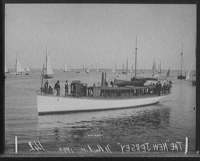 Are you an official in the New Rochelle government or quasi-government agency such as the chamber of commerce, visitors bureau or economic development council? If so, visit our information page for government officials to see how CityTownInfo can support you.