Oxford, Ohio is 12 miles NW of Hamilton, Ohio (center to center) and 28 miles NW of Cincinnati, Ohio. It is in Butler County. The city is part of the Hamilton - Middletown metro area.

Oxford was founded by James Heaton on March 29, 1810, a year after Miami University was officially recognized. The place was named after the college town of Oxford in England. The area was originally incorporated on February 23, 1830, as a village. Oxford adopted a charter form of government in 1960 and in 1962 it became a town. Oxford was reincorporated as a city in 1971.

Oxford and Nearby Attractions

Things To Do In Oxford

Oxford offers a well maintained Skate Park where both residents and visitors can enjoy in-line skating. The city also offers some scenic hiking trails and you can enjoy fishing, swimming and other sport activities within the city. There are several golf courses within Oxford. You can also visit the Cincinnati Zoo and Botanical Gardens, Skirball Museum and the Americana Amusement Park.

Miami University - Oxford is the local university. The other colleges close to the city are Cincinnati State Technical and Community College, Xavier University and University of Cincinnati - Main Campus. 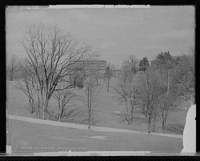 Are you an official in the Oxford government or quasi-government agency such as the chamber of commerce, visitors bureau or economic development council? If so, visit our information page for government officials to see how CityTownInfo can support you.