The second-largest city in the state of South Carolina is the city of Charleston, which serves as the county seat of Charleston County. Founded in 1670 by English settlers, the city was originally named Charles Towne after King Charles II of England. The original capital of the Carolina colony, Charleston marked the southernmost point of English settlement during the late 1600s. Although its earliest settlers primarily came from England, colonial Charleston also became home to a combination of ethnic and religious groups, owing to its prominence as a developing seaport town. Incorporated as a city in 1783, Charleston was to play an active role in the Civil War almost a century later, when it was more or less under siege by Union naval and land forces for three years. Twenty years after the war, Charleston was nearly destroyed by an 1886 earthquake measuring 7.5 on the Richter scale. Despite these setbacks, Charleston survived and prospered and many of Charleston's historic buildings remain intact to this day. Present-day Charleston has become the largest business and financial center for the southeastern section of South Carolina and an important South Atlantic seaport.

Charleston is served by two interstate highways (Interstates 26 and 526), four major U.S. Highways, and seven major South Carolina state highways. The city is home to the College of Charleston, the Medical University of South Carolina, and the Citadel, among other institutions of higher education.

Throughout its history, Charleston has served as a cultural capital of the South. Visual arts are well represented here with the Gibbes Museum of Art, Charleston's premier art museum, in addition to numerous art galleries. Each spring, Charleston is host to Spoleto Festival U.S.A., a 17-day art festival featuring a variety of artistic performances. Other annual events include the Moja African-American Arts Festival, the Worldfest Charleston International Film Festival, the Southeastern Wildlife Exposition, the Charleston Food and Wine Festival, the Christmas Parade of Boats, and the Christmas in Charleston Celebration.

As an early colonial city, Charleston is replete with museums and historical attractions. The Old Exchange and Customs House in downtown Charleston ranks with Boston's Faneuil Hall and Philadelphia's Independence Hall as one of the three most important Colonial buildings in the country. Charleston is also home to Fort Sumter, where the first shots of the Civil War were fired, and Fort Moultrie, the site of a critical British defeat in the Revolutionary War. Patriot's Point, located across the river in nearby Mount Pleasant, is home to the USS Yorktown and several other naval vessels. Other museums and historical sites include:

Although there are currently no major league professional sports teams in the city of Charleston, the city has several minor league teams. The Charleston RiverDogs are a Minor League Baseball Club playing in the South Atlantic League. The RiverDogs are the single-A affiliate of the New York Yankees. The South Carolina Stingrays, who play in the East Coast Hockey League (ECHL), are an affiliate of the National Hockey League's Washington Capitals. The Charleston Battery is a pro soccer team playing in the United Soccer League (USL). They play their games at Blackbaud Stadium, the first privately-funded stadium in the United States devoted specifically to soccer. The newest addition to the Charleston pro sports scene is the Charleston Sandsharks, formerly of the National Indoor Football League, who will be playing their 2007 season as members of the World Indoor Football League. 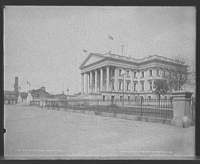 Are you an official in the Charleston government or quasi-government agency such as the chamber of commerce, visitors bureau or economic development council? If so, visit our information page for government officials to see how CityTownInfo can support you.