The central Virginia city of Charlottesville is nestled at the foothills of the Blue Ridge Mountains, approximately 70 miles northwest of Richmond and 100 miles southwest of Washington, D.C. Established as a town in 1762 and incorporated as an independent city in 1888, Charlottesville is autonomous and not subservient to any county or other political subdivision. Major highways through Charlottesville are U.S. Route 250, U.S. Route 29, and Interstate 64.

Charlottesville is home to the University of Virginia, which was founded in 1819 by native son Thomas Jefferson. Consistently listed among the top ten public universities nationwide, the university is a strong factor in the city's community life and serves as the area's focal point for cultural and sporting events. Steeped in historic value, the Charlottesville area lays claim to having raised three ex-Presidents (Jefferson, Woodrow Wilson, and James Madison), whose former homes are now historic sites and architectural wonders which attract thousands of visitors every year.

Owing largely to the presence of the university, the technology industry is a continuously growing staple of the local economy. More traditional industries like agriculture are also prominent in the region, which embodies nearly 200,000 acres of orchards, vineyards, and cattle farms. The region's fastest growing industry is the grape business. Local wines and vineyards are nationally recognized and the area is highly ranked among the country's wine producers. Another significant local industry is horse farming, as evidenced by the more than 13,000 horses stabled in the city and surrounding county.

Things to do and see in Charlottesville

Nearly two million travelers per year visit the Charlottesville area to see the area’s historic sites and take in the spectacular scenery of Central Virginia. Perched on a nearby mountain overlooking the city is Monticello, the former home of Thomas Jefferson, which offers tours and hosts special events and ceremonies. Only a mile down the road from Monticello is Ash Lawn-Highland, former home of James Monroe. Here visitors can explore beautiful gardens and enjoy the Ash Lawn Opera Festival, which offers six to eight weeks of full-length opera and musical theatre productions. About 45 minutes north of Charlottesville is Montpelier, the former home of James and Dolly Madison. This is a 2,750-acre estate that includes racecourses, a National Landmark Forest, active archaeological sites, and more than 130 buildings.

Charlottesville and surrounding Albemarle County are a paradise for nature lovers. Skyline Drive and The Blue Ridge Parkway offer breathtaking views of valleys and mountains to tourists who don't even need to leave their cars. Hikers can enjoy the many short and long trails which wind through the woods off these roads. Charlottesville is also home to a large number of parks with playgrounds, picnic areas, public tennis courts, and swimming pools. Other popular area activities are hot air balloon rides, golf at world-class resorts, and tours of one of the many local vineyards in the area, a few of which are listed here:

Charlottesville has an active art, music and theater scene. The Downtown Mall, one of the longest outdoor pedestrian malls in the country, is the location of the Virginia Discovery Museum. A 3,500 seat Charlottesville Pavilion Amphitheater attracts big name acts to the area. The newly renovated Paramount Theater hosts Broadway shows and concerts by nationally-known entertainers. The city also hosts an annual Virginia Festival of the Book, and is home to many prominent writers including John Grisham and Rita Mae Brown, as well as former home to Edgar Alan Poe and William Faulkner.

Charlottesville has no professional sports teams, but local sports fans are captivated by the University of Virginia Cavaliers, who have a wide fan base across the region. Cavalier football games are played in Scott Stadium, which is also used as a venue for large concerts. The John Paul Jones Arena, which opened in 2006, is where the University of Virginia basketball teams play their games. This stadium is one of the largest in the Atlantic Coast Conference. Not surprisingly, The University of Virginia has an active athletic rivalry with Virginia Tech. An even older rivalry (often referred to as "The South's Oldest Rivalry") exists between the Cavaliers and the University of North Carolina (UNC) Tar Heels.

Horseracing fans can enjoy the exciting world of steeplechase racing, held every fall and spring at The Foxfield Races. 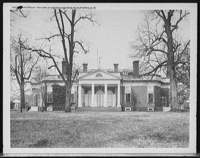 Are you an official in the Charlottesville government or quasi-government agency such as the chamber of commerce, visitors bureau or economic development council? If so, visit our information page for government officials to see how CityTownInfo can support you.