De Pere, Wisconsin, in Brown county, is 5 miles SW of Green Bay, Wisconsin and 97 miles N of Milwaukee, Wisconsin. The city is part of the Green Bay metropolitan statistical area.

De Pere and nearby Attractions

Things To Do In De Pere

While in De Pere, one can visit parks like the Veterans of Foreign Wars Park, Legion Park and the Brown County Fair Grounds. Those hoping to learn more about the area’s history may enjoy a visit to the Neville Public Museum of Brown County, the Outagamie Museum & Houdini Historical Center the Hazelwood Historic House Museum or the Ashwaubenon Historical Society Museum. Churches in the area include Saint Joseph’s Roman Catholic Church, Saint Francis Xavier’s Roman Catholic Church and Saint John’s Lutheran Church. Local festivals include Celebrate De Pere, which is held every May, and Brown County Fair, held every August.

Saint Norbert College is the local institution of higher education. Other nearby institutions include Lakeland College, Northeast Wisconsin Technical College and Concordia University-Wisconsin. 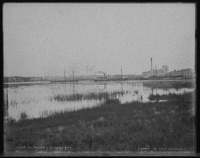 Are you an official in the De Pere government or quasi-government agency such as the chamber of commerce, visitors bureau or economic development council? If so, visit our information page for government officials to see how CityTownInfo can support you.