Neenah, Wisconsin, in Winnebago county, is 5 miles SW of Appleton, Wisconsin and 84 miles N of Milwaukee, Wisconsin. The city is included in the Appleton-Oshkosh-Neenah metropolitan area.

Neenah was named after the Winnebago word meaning "water" or "running water." In 1835, the community was designated as an agricultural and industrial mission to the Menominee Indians. American settlement began a few years later. The community of Neenah played an important role in Wisconsin’s paper industry, as the Kimberly-Clark Corporation was formed here in 1872.

Neenah and nearby Attractions

Things To Do In Neenah

Local museums include the Oneida Nation Museum, the White Pillars Museum and the Fox Cities Children’s Museum. Local churches include the Saint Margaret Mary Roman Catholic Church, the First Church of Christ Scientist and the Saint Paul English Evangelical Lutheran Church. Some of the nearby golf courses include the Chaska Golf Course, the High Cliff Golf Course and the Lake Shore Municipal Golf Course. 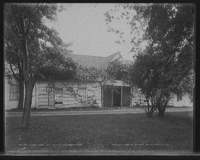 Are you an official in the Neenah government or quasi-government agency such as the chamber of commerce, visitors bureau or economic development council? If so, visit our information page for government officials to see how CityTownInfo can support you.